Work on the garden continues, but I have five new additions now.  Gretel, my New Zealand gave birth last week to a small bunch of bunnies.  Five in all.  That's a small litter for rabbits, but its her first litter and she's only about eight months old.

Mom bribed with a little greens so i could take pictures of her babies. 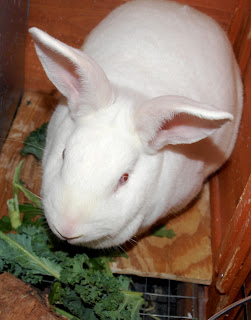 Here's how they look after two days, 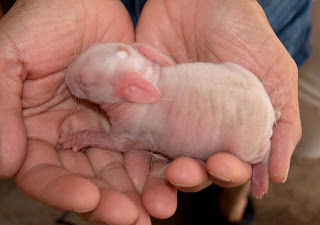 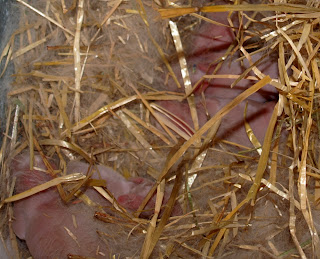 Here they are a week old. 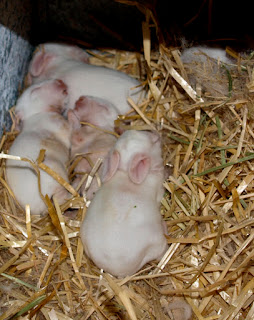 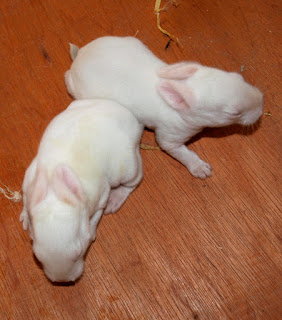 They grow quick and are so soft with their new fur.  They will have some grey markings as dad is a Californian.  Their eyes should start opening in a couple of days.


Life goes on at the suburban mini ranch!

Posted by kenlowder at 2:36 PM No comments:

Update on the new garden

It's been a couple of months since I posted so here's an update on my backyard garden. Due to rot it has become necessary to rebuild all my main beds. At the same time I've decided to expand. I'm going from 3' by 6' beds to three beds 3' by 16' and and six beds 3' by 12'. Overall that will increase my garden from 234 square feet to 360 square feet. That's a one third increase. I'm also using plastic decking as my wood. It will a very long time.


Here's how they used to look. They were made out of cedar fencing material salvaged from my fence blown down by hurricane Ike.


First I had to move the fence that keeps the dawgs out. I also have room to move my rabbit hutches into the protected fenced area.

Then I built the new beds, which are built in place as they are quite heavy. These are the 16' beds decided in half for strength. Each one holds two yards of garden soil, so that's a few wheel barrow loads to and from the truck.

I'm also enclosing my chicken run. Both to protect them and keep the little birdies out. I've been feeding them more than my chickens. My young apprentice, Marcus helped my assemble it out of bamboo. We then covered it with bird netting. I'll do the same for my garden once I have it in place. 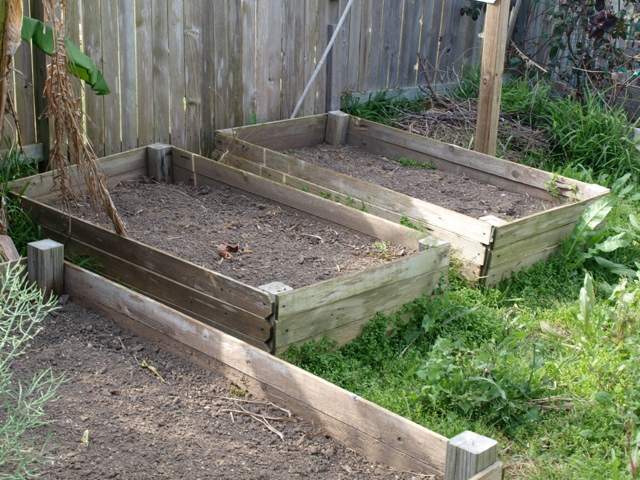 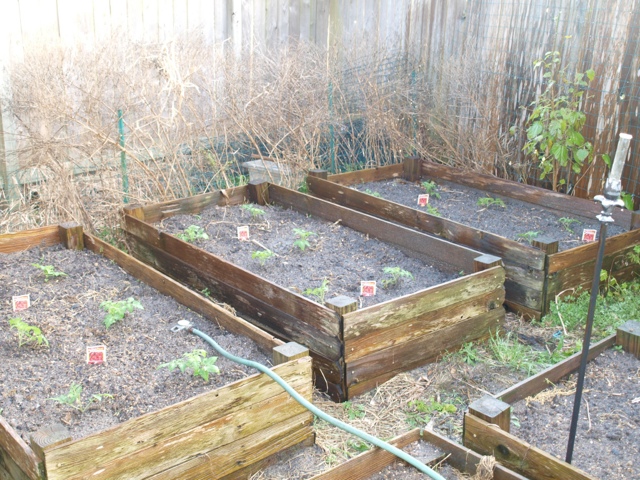 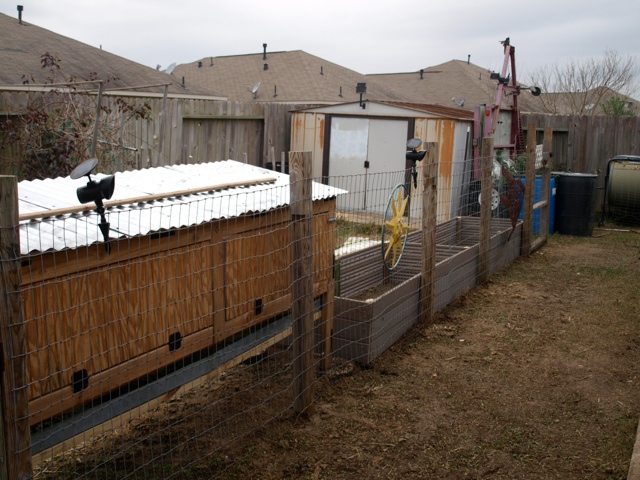 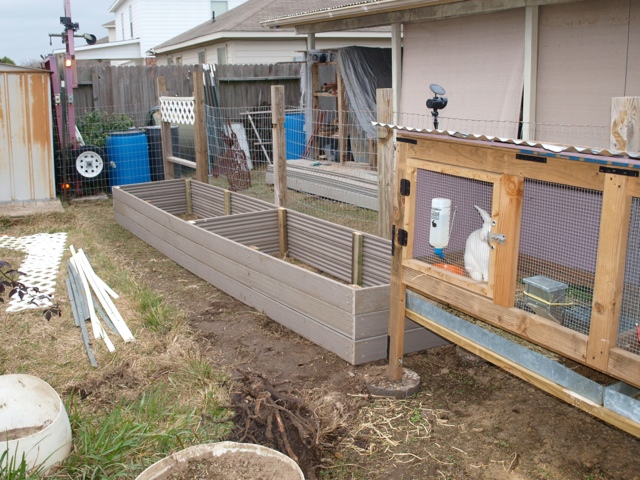 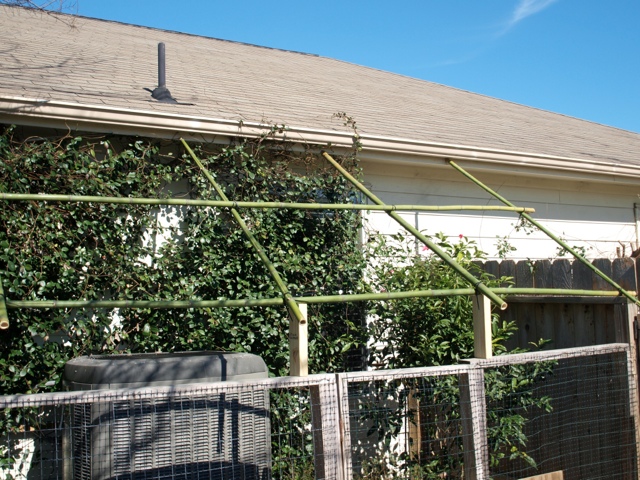 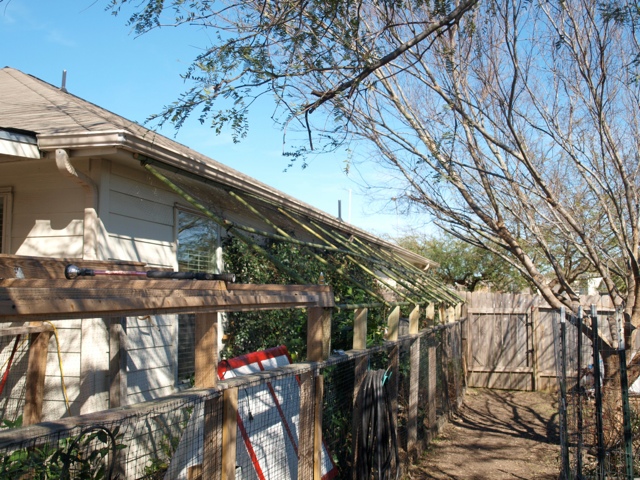 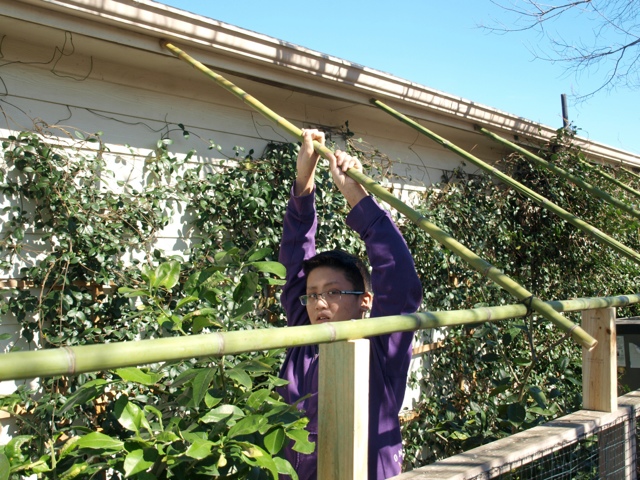 Posted by kenlowder at 6:49 PM No comments: