Its been a rough time here in the mini ranch/farm homestead.  At the end of May we got hit with a serious storm with over a week of rain. 11 inches hit here over the week.  The last two days were the worst.  My trees in the back couldn't take it anymore.  The Chinese Elm leaned over and lnaded on the chicken run and my house.  The mesquite tree, with two large trunks snapped and was blown to the side.  Both trunks ended up in the garden with one on top of one of my rabbit hutches.  Here's the after the storm pics. 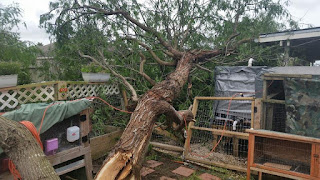 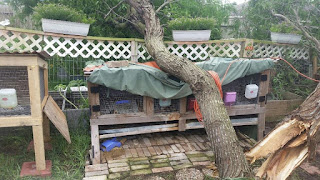 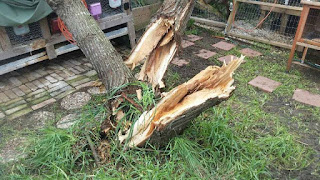 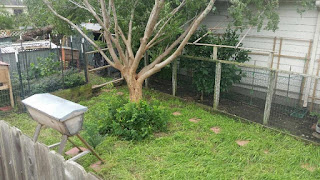 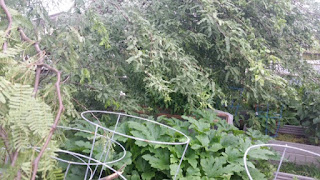 DW,  my Son and his girl friend cut the elm down as I was stuck at the Urgent Care where I work.  The trunks on the mesquite was over 12" thick and over 20 high.  Time to call the tree people.  It took them three hours to cut them down and cart them away.  Next came the stump grinder with a beast of a grinder.  Less than an hour later I had two big piles of mulch and holes in the yard to work with. 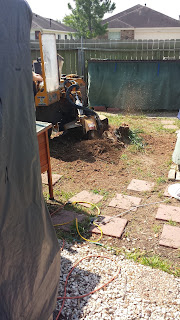 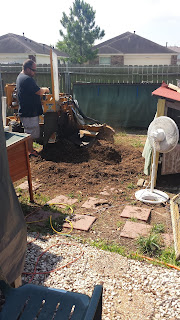 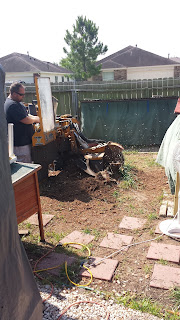 In the mean time my bunnies no longer had shade.  Oh did I mention the fence?  A big part blew down a couple of days later.  First a few boards to prop it up. Then a few steel post to support it till the insurance comes through and I can get it replaced. 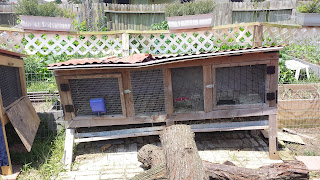 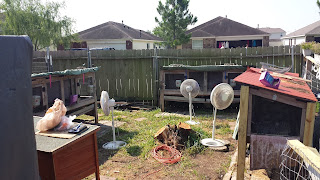 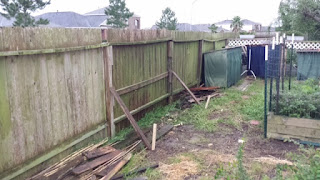 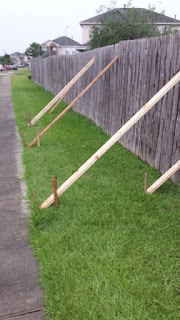 Oh yea, the rabbits.  The one that caught the tree lost its legs.  The rabbits survived just fine.  Once the tree came off all it really needed was four new legs.  Good for now and secure.  My new hutches are singles and all my doubles will be replaced as they wear out with singles.  Next came some shade from the Texas heat.  I kept them under that mesquite tree for three years now.  Just shade from the tree, electric fans, and ice bottles. 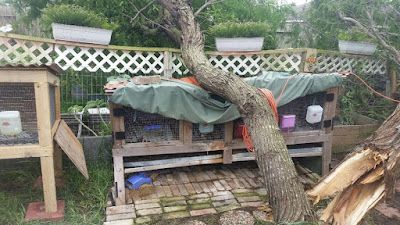 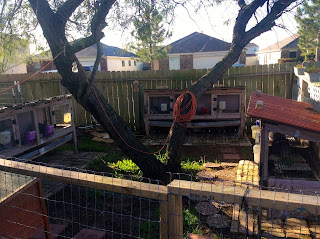 First I set some steel poles and ran wire rope to support the shade tarps.  They're now in 60% shade.
A recent tropical storm dropped an additional 6" of rain and they held up great.   Now for a tree or two.  I found some Dorsett Apple trees to replace the trees that I lost.  They are a tree that thrives in southeast Texas and may produce as many as two crops a year.  I finally got them in and staked for some support till the roots grow out. 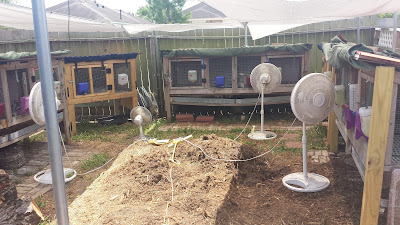 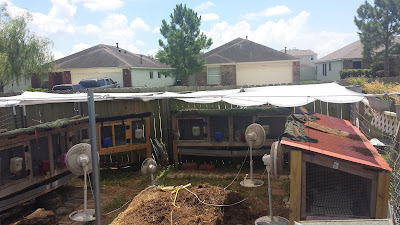 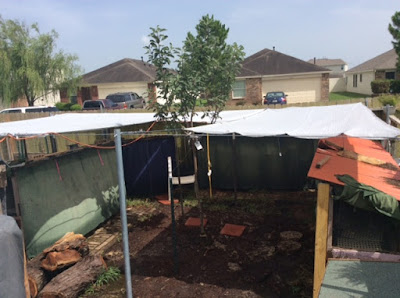 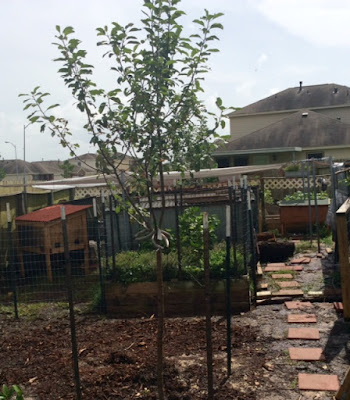 I have a little room left so I picked up some Mexican Lime trees and planted them in pots so I can move them under the porch during the winter.  DW wanted a couple of ginger plants so I added a pot for them. 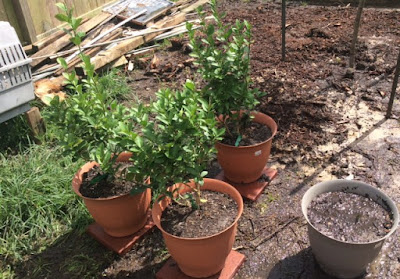 The garden took a big hit when the trees fell into it.  I couldn't get into most of it for a week.  Once the tree came off I could see the damage.  I lost about a third of my plants.  The beds survived with minimal damage.  I just need to replace the fence that kept the dawgs and chicken out of the garden.  I'll just replant a little earlier than usual and it'll be good.  Just have to decide what to plant for the Texas summer.  Lets see what the next few weeks brings out. 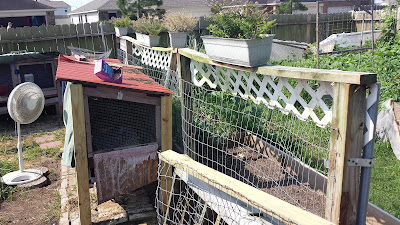 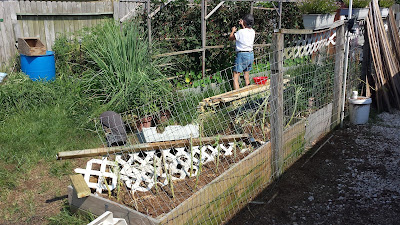 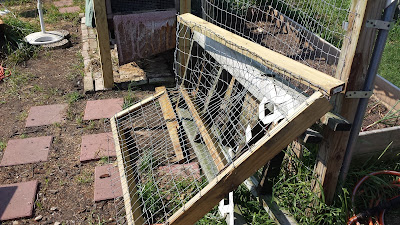 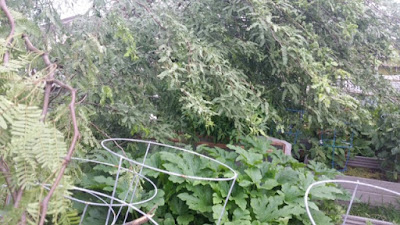 Poor Roxy is all worn out.  I agree with her! 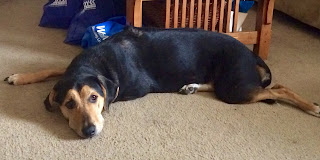