Howdy!   It's been a few weeks since my last blog.  Harvesting has begun so I thought i'd talk about one of the ways of preserving your harvest, dehydrating it.  It's fairly easy to do, especially if you have the right equipment.  I use a commercial 80 liter dehydrator from Cabela's.  The small round ones just don't cut it.  It's fairly highly rated, great tempeture control and timed cycle.  A food processor like a kitchen aid or cuisenart and such.  A dicer, large pots, strainers, and pans.

So here is what we are dehydrating, 30 pounds of red potatoes, and 20 pounds of white salad potatoes.  All fresh from the garden.


The reds were grated and the whites were diced. 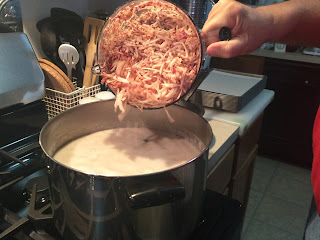 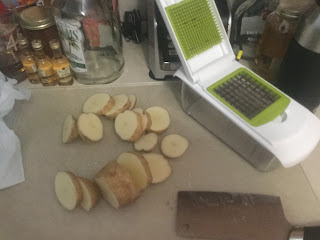 To preserve these and to prevent oxidation the potatoes need to be blanched and cooled before putting them into the dehydrator.  For that you'll need a large pot of hot water, a couple of strainers and a large bowl to hold them until your ready to place them on the pans tp load the dehydrator. 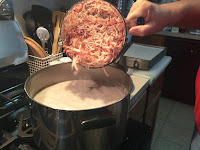 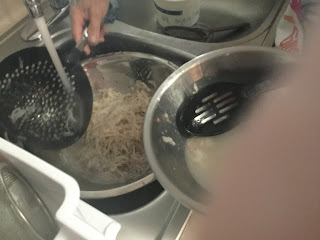 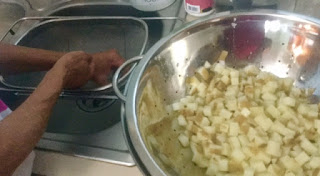 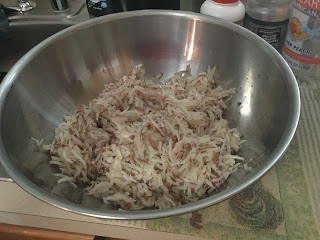 Then onto the pans in a single layer and into the dehydrator.  135 degrees for 10-12 hours.  Rotate the pans every 3-4 hours to ensure even heating and drying. 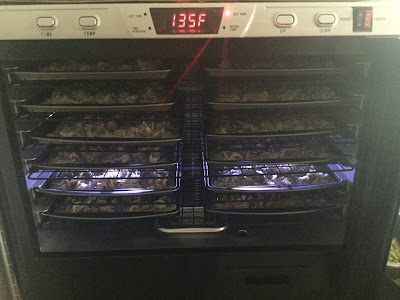 The 30 pounds of hash browns filled two 1 gallon mylar bag with and oxygen absorber.  I expect the diced potatoes to take two as well because as diced they will be larger after dehydrating.  I also did green peppers.  A 9 by 13 baking pan of them filled a pint jar when I was done.  A test rehydration of the hash browns came out quite well and tasted oh so good.